Put A Sweater On It!

‘Warm Up’ a Pillow 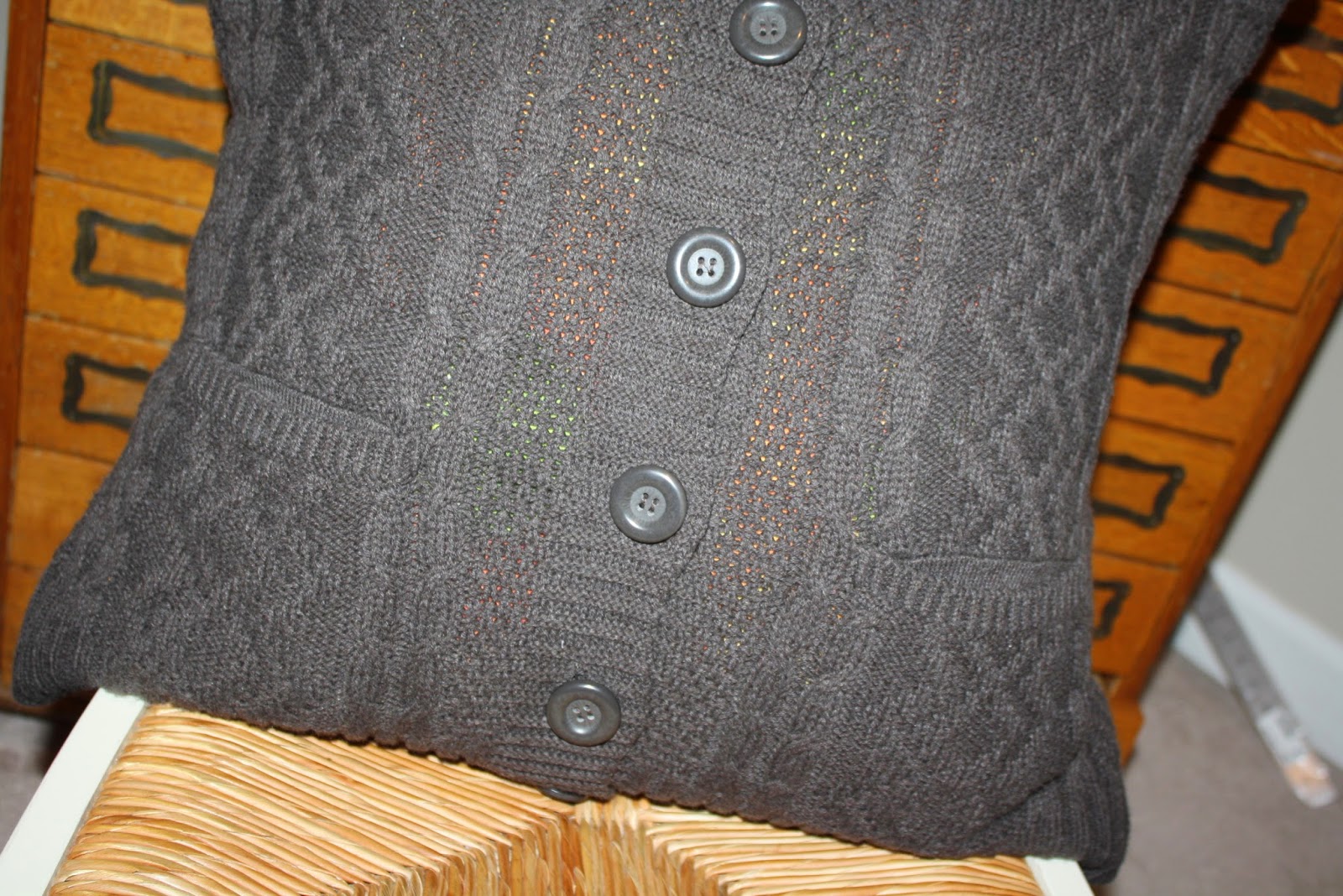 I have always liked the look a ‘knit’ pillows. I’ve wanted a ‘knit’ pillow for a while.
Something about them makes me think of curling up on a couch under a warm knit blanket on a cool fall morning or a cold winter night with a mug of freshly made coffee or hot chocolate!


Whenever I see ‘knitted’ looking pillows in stores I think, ‘I need to try that!’  No, I can’t knit {one day I’ll learn!}.  But I do know where to find a knit sweater and I know I can turn a sweater into a knit pillow!


I have had this project on my to-try list for a long time {probably years, sigh}.
I’ve held onto a dark brown sweater I don’t wear anymore, specifically to do this project.  Because it has buttons down the front, and is slightly long, I knew it could work to cover a pillow!   And, finally, I got around to making it!


Turns out, it was the fastest pillow cover I’ve ever made!

First, You need a pillow and a sweater {with buttons!}


Know the size of the pillow you want to create a cover for and make sure your sweater will fit over the pillow.  If not, get a smaller pillow.
Turn the sweater inside out and pin all sides together.   If the sweater ‘fits’ the pillow snuggly on the sides, you can leave the seams and just sew the top and bottom!  Pinning the sweater sides together will help make sure the knit sides wouldn’t move while sewing. 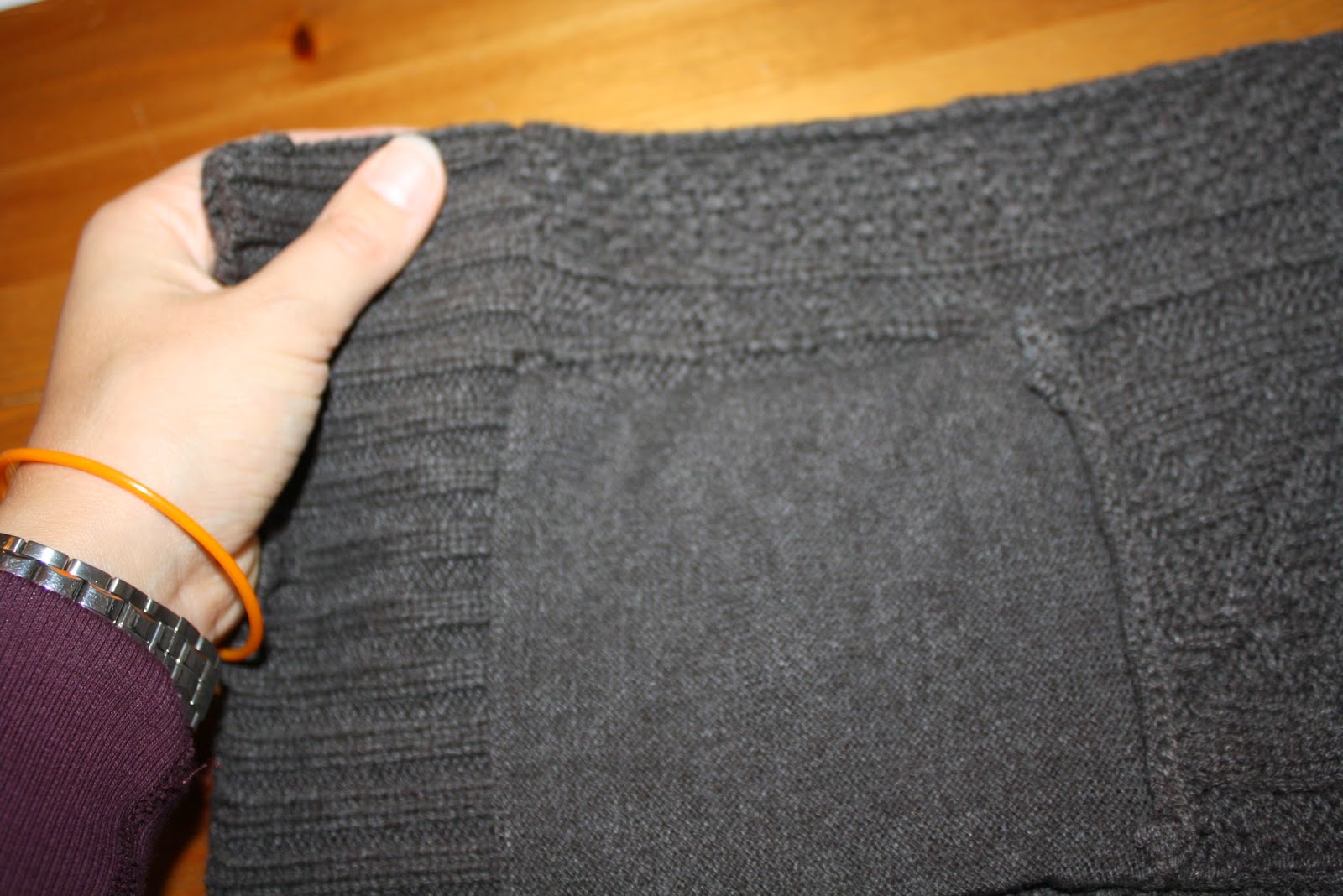 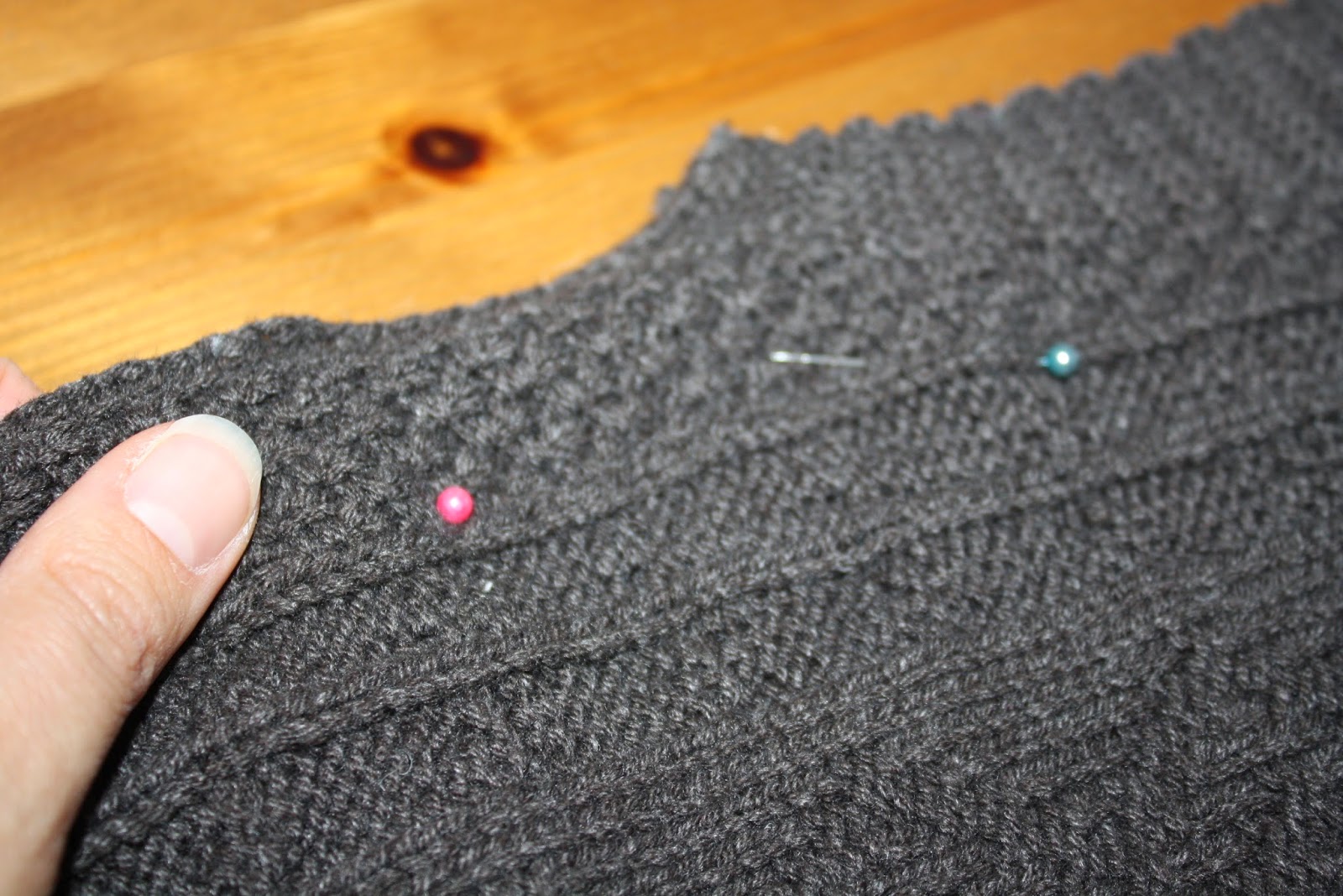 Sew {or serge} the sides together.   Because of the buttons, you can sew the entire sweater and you don’t need to leave an opening to turn right side out. 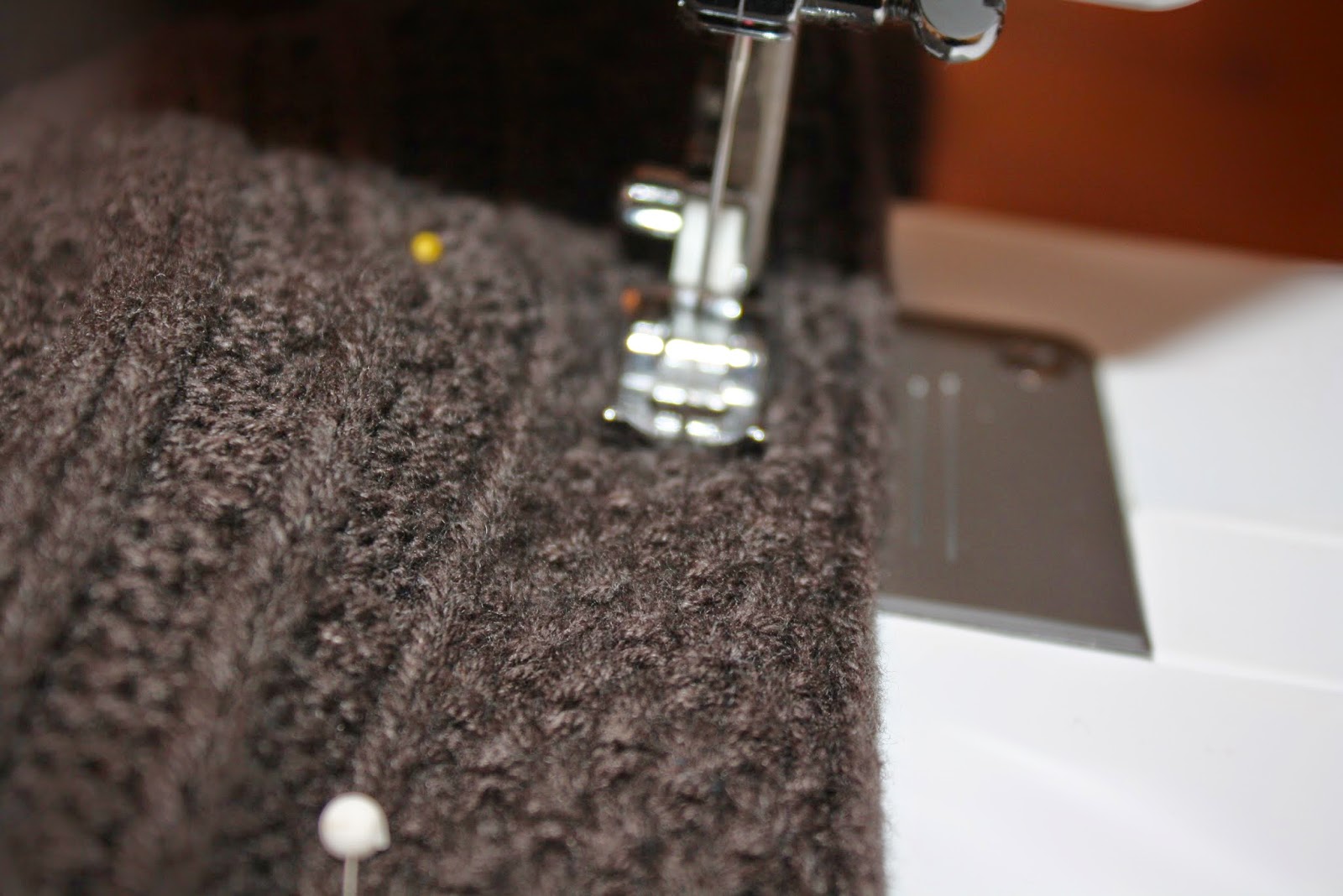 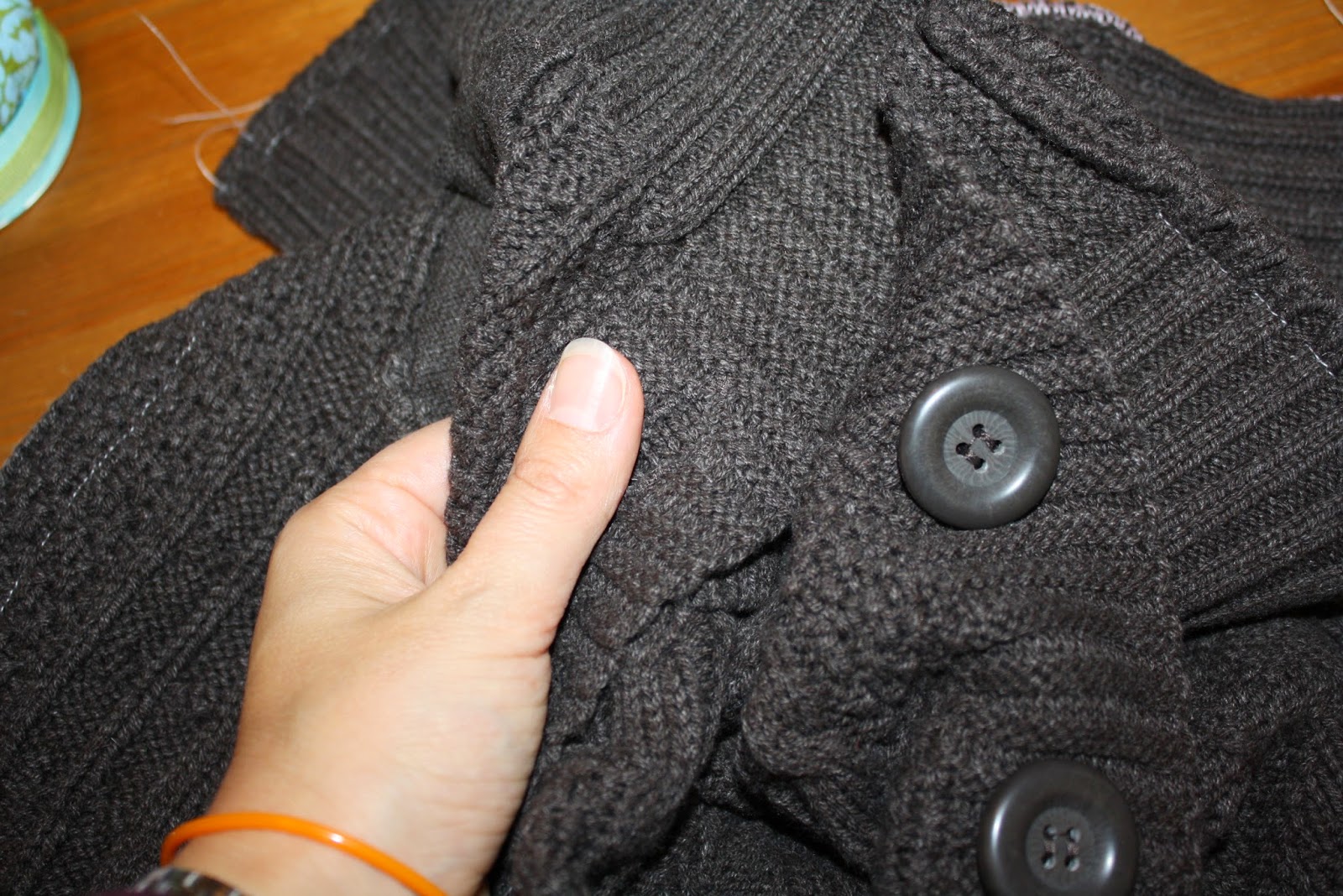 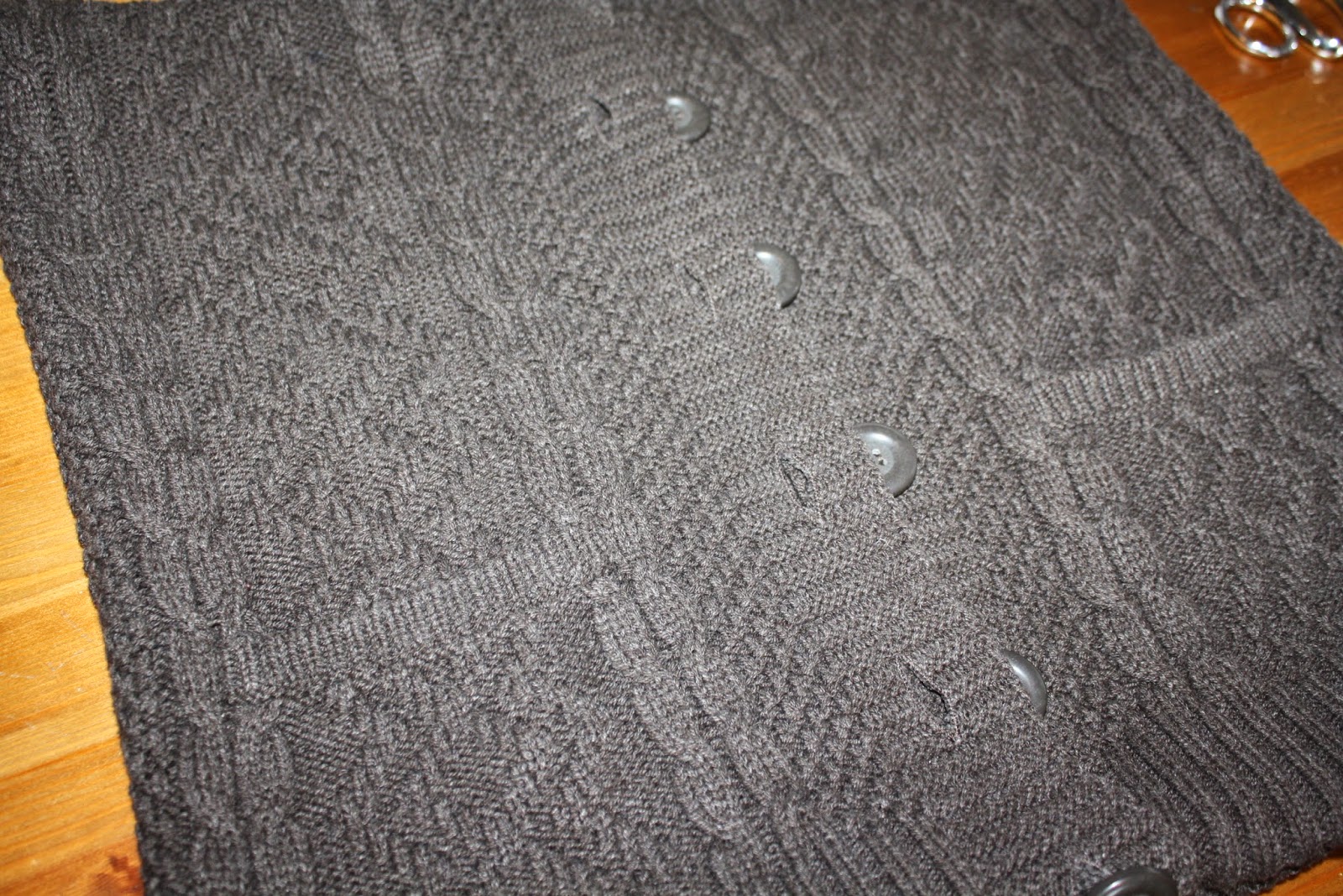 Now you have a new pillow!
How easy was that!?

*Bonus, my little man is enjoying buttoning and un-buttoning the buttons.  He says he ‘likes the practice’ – Double win!

Posted by HankOrange at 6:30 PM No comments: 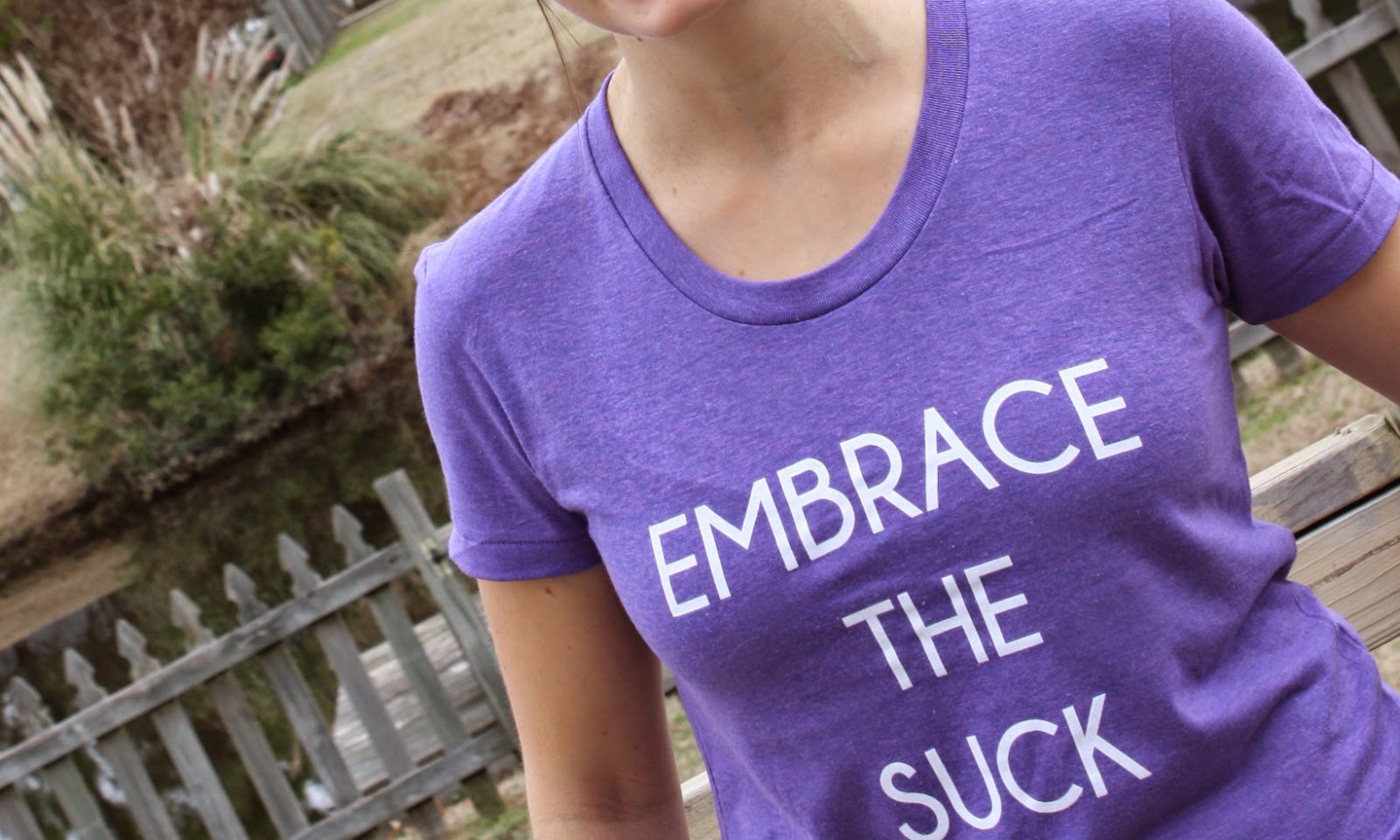 Embrace The Suck Shirts
{How it all began}

It all started as a bit of a joke.
Well, at least the idea of an actual shirt started as a joke.  The concept of ‘embracing the suck’ wasn’t a joke at all.
In September, my military husband, found out he was going to deploy… and probably within a few weeks.  This came as huge surprise.
As with any deployment, many preparations have to be made, and when his departure date was so quick, life got crazy.    And quickly.   Many plans had to change and many new plans and arrangements had to be made.


I said to another fellow spouse, in an effort to lighten the mood, this will suck.  We just need to ‘embrace the suck.’
And so it began.  Embrace the Suck.


What started as an attempt to bring a smile to a fellow military spouse, turned into a regular statement we’d throw out.  And then I had the crazy idea to make the ‘embrace the suck’ club shirts.    I randomly posted on Facebook that I might make shirts and the feedback and the number of other people who would want one surprised me!   The response made me more excited to make the shirts.  And, it made me realized that everyone has their own story to ‘embrace.’


And the shirt production happened.

When the workout you’re doing makes you feel like you can’t push any harder.  Embrace the suck.


When you want so badly to spend time with your best friend, but she lives on the opposite coast.  Embrace the suck.


When you find out your husband is deploying.  In two weeks.   Embrace the suck.


When you learn your family member has breast cancer.   Embrace the suck.


When you read that your friend {with a newborn baby} just had a stroke.  Embrace the suck.


When you hear your friend’s Mom passed away suddenly.   Embrace the suck.


When you’re going through a tough situation. Embrace the suck.


When you just need to call it like it is. 'Embrace the Suck'


Sometimes, three words can sum it up.
Embrace. The. Suck
What’s your story?
How do you 'embrace' what life throws at you? 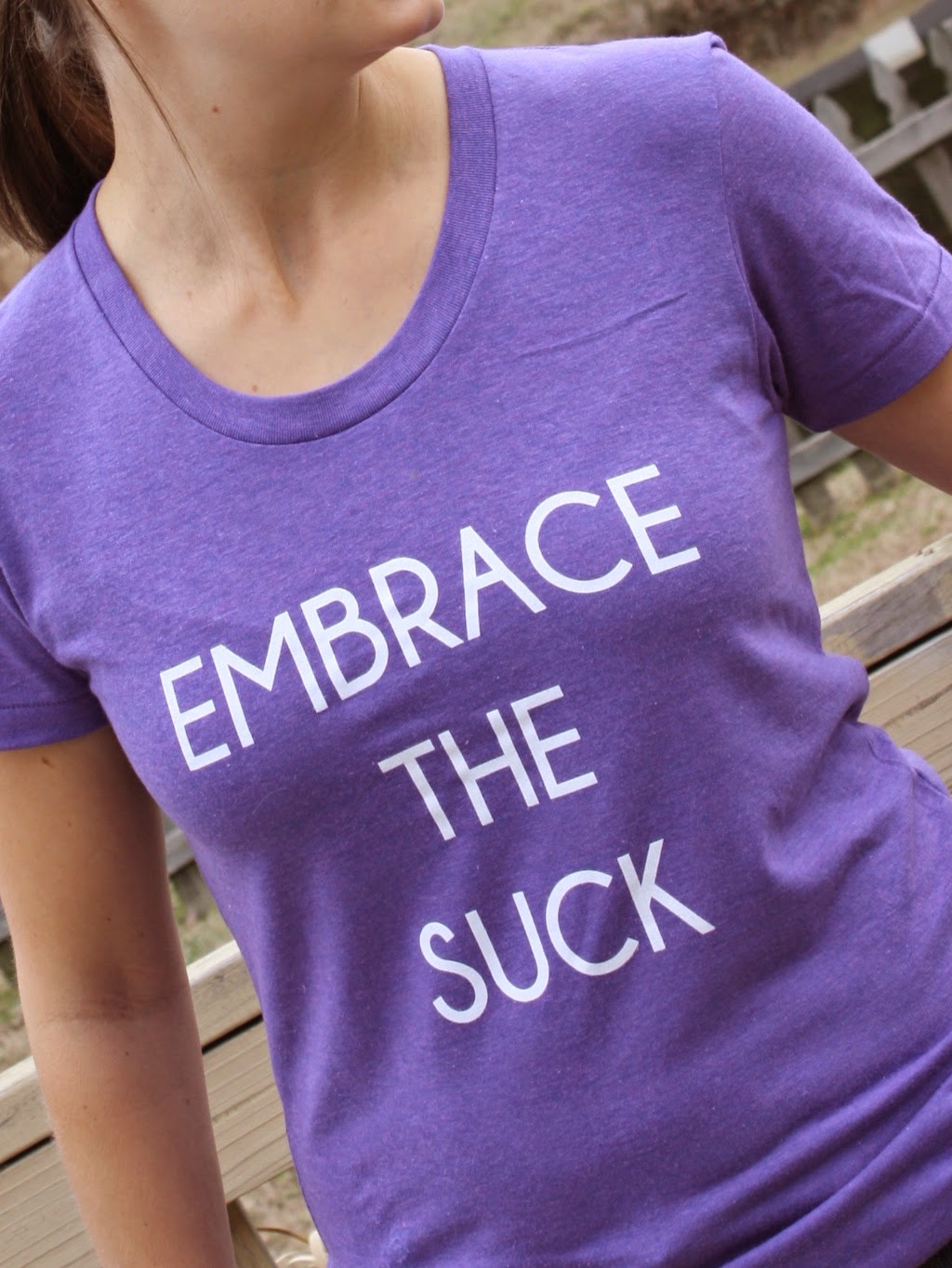 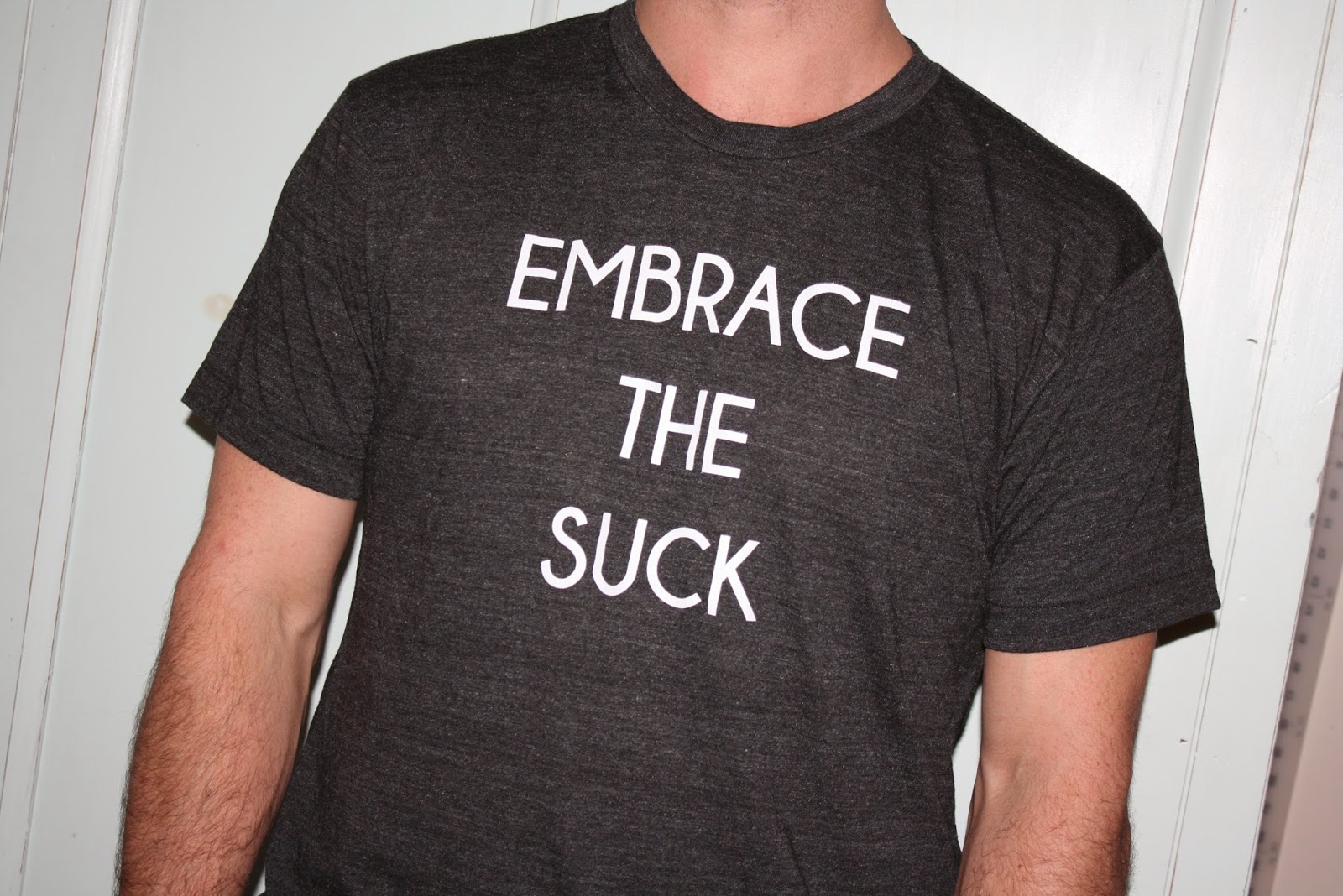 Get your shirt HERE!  {Available in Men's and Women's}
Posted by HankOrange at 7:00 PM No comments: