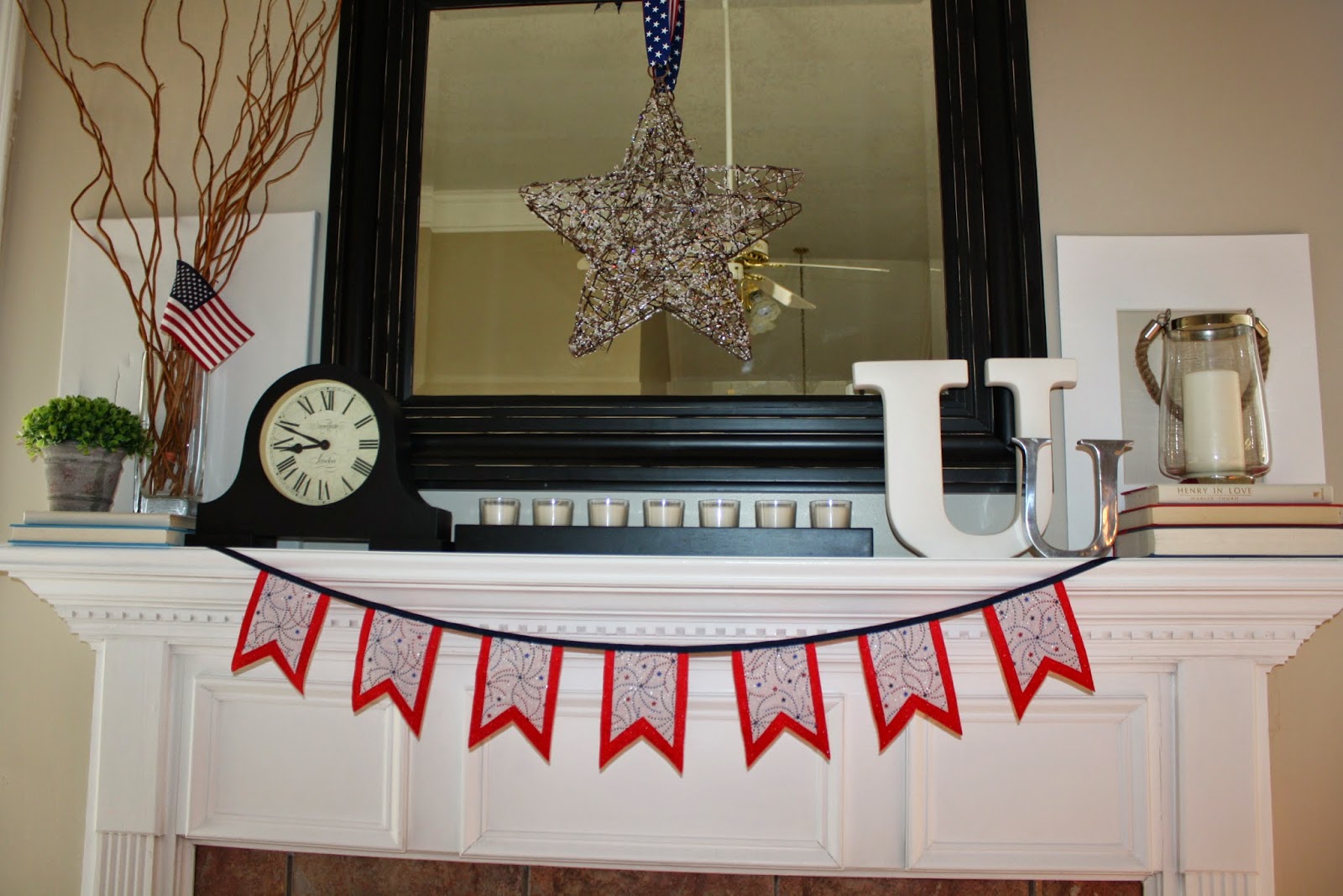 My mantle needed a new look.
Since Independence Day is coming up, I figured I could change things up with some red, white and blue.  Why not get a little patriotic?


I wanted to make a {quick and east} ‘flag’ banner for the mantle.  I already had red felt cutouts {that I started for Valentines’ day-obviously didn’t happen!} so I figured I should use those!  I wanted to add another layer to the red, so I found some fabric {sparkly and star} from my fabric stash that I thought could work.


Here is a Quick and Easy tutorial for the banner!


To make a pattern for your banner ‘flags’, I cut 4” x 6” rectangle from a piece of paper, folded it in half, and then (starting on the non-folded side), cut from the bottom corner diagonally up and ending roughly 2” from the bottom of the folded edge. 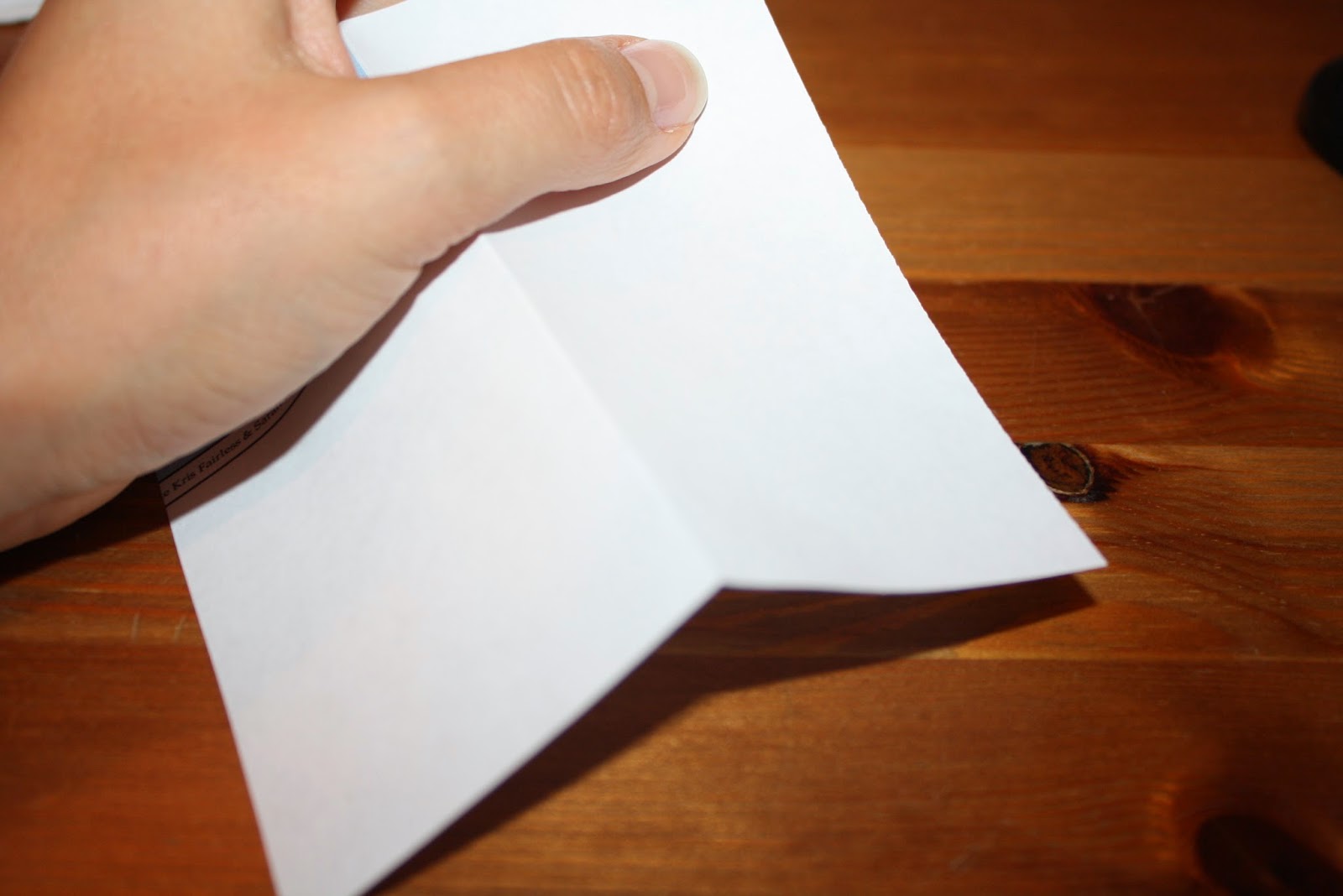 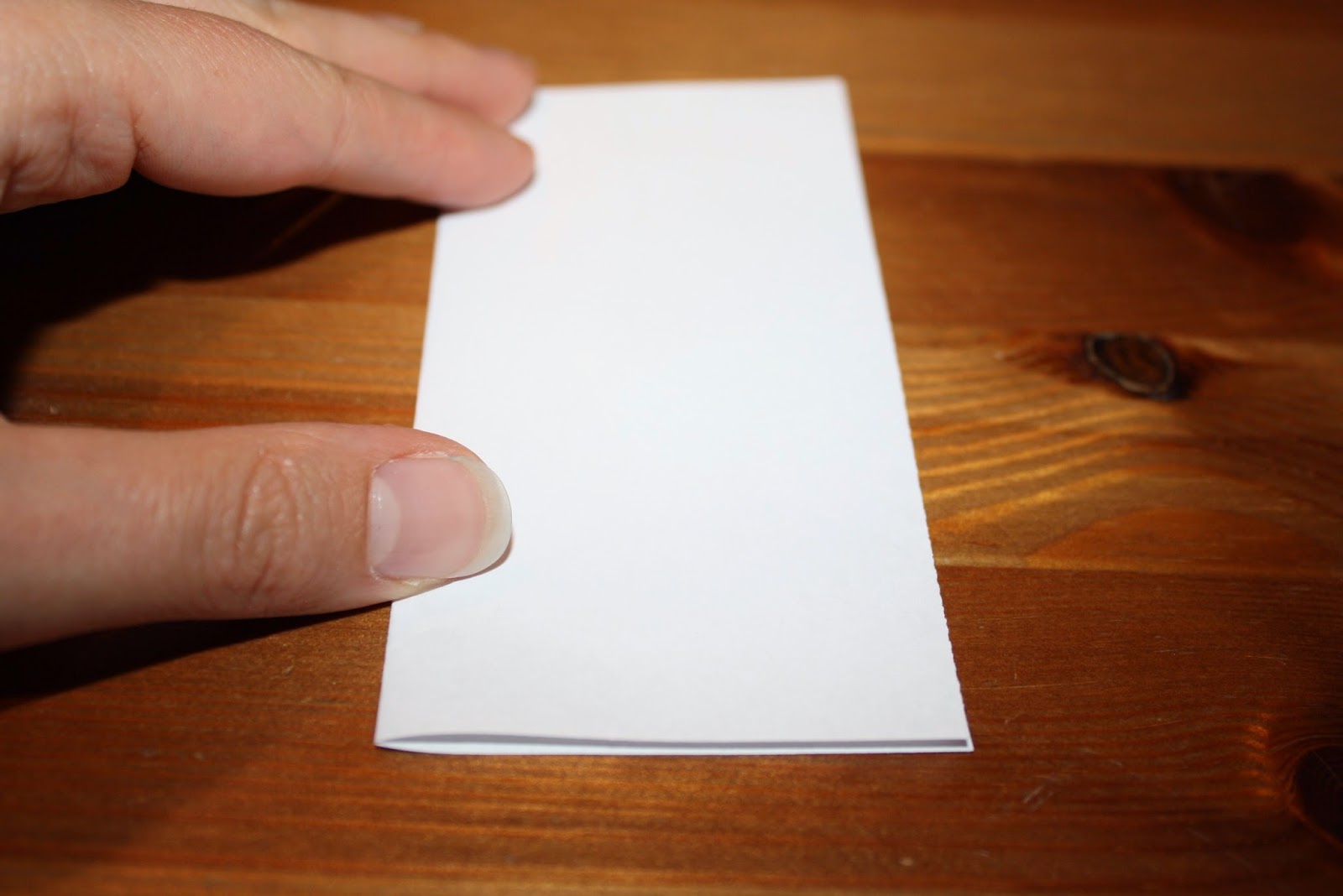 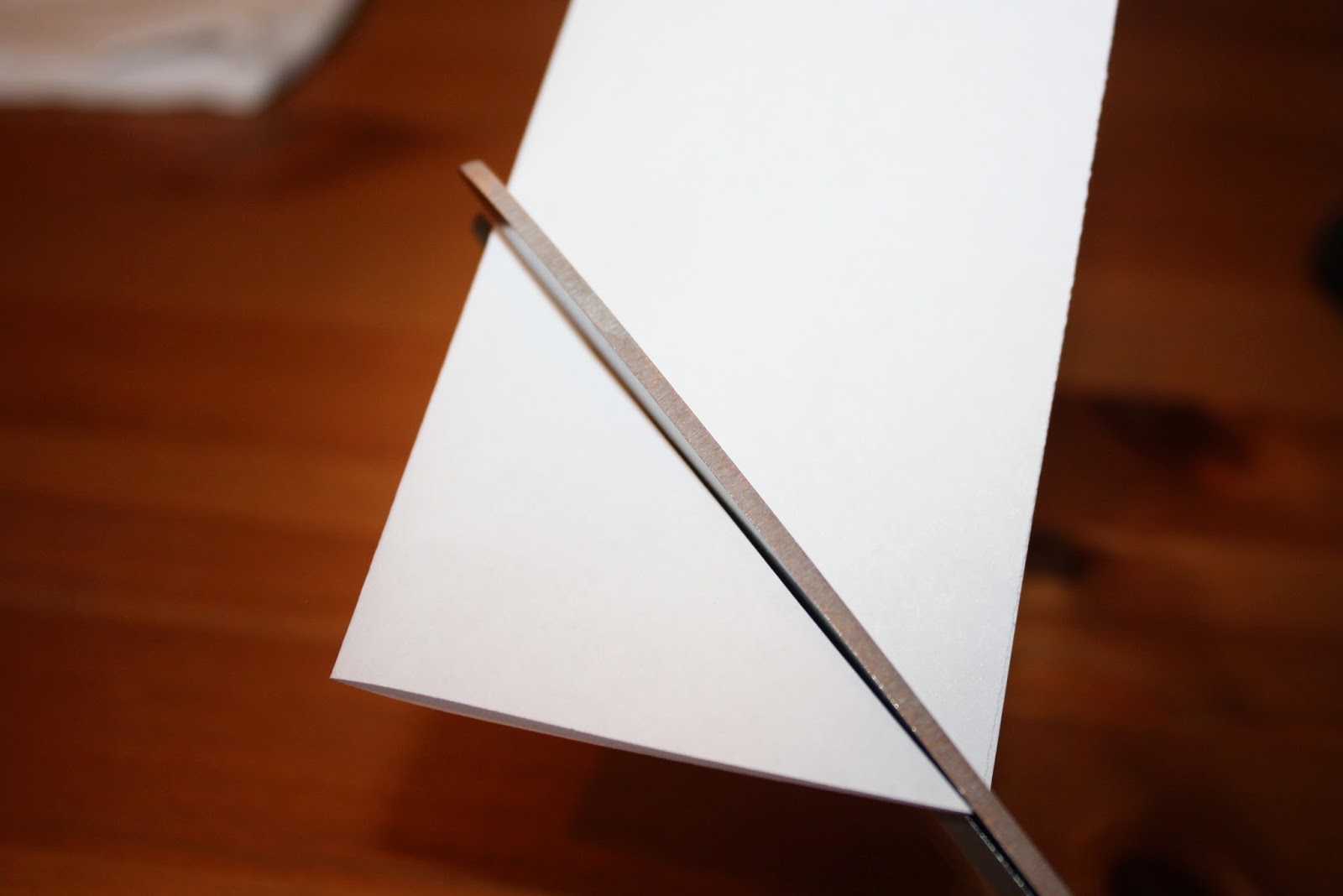 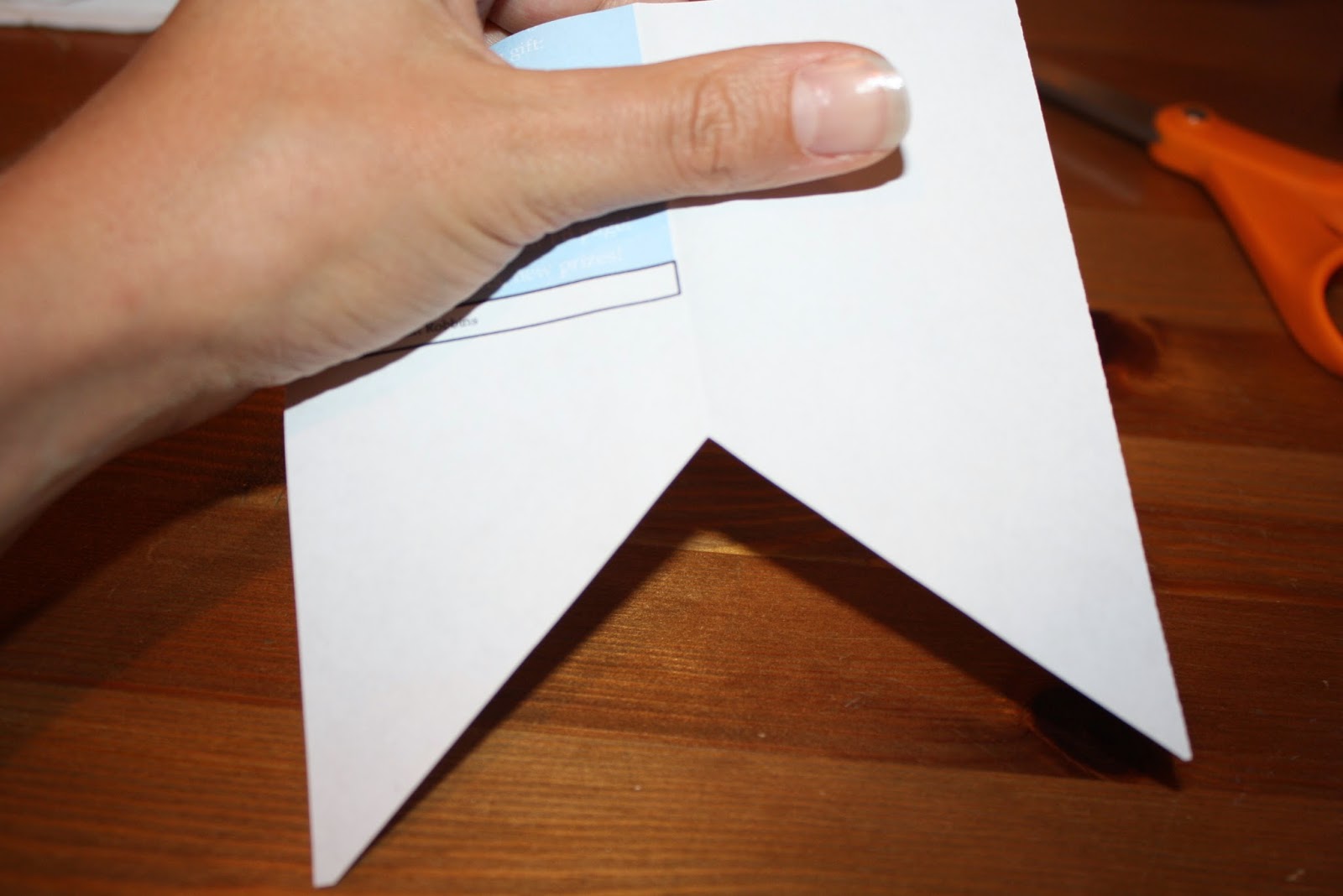 ·      Trace the ‘flag’ pattern you made and cut out a second pattern.  Now we will make the second piece to the pattern.  Taking the second piece, cutting along the NON folded edges, cut off roughly 1cm on both the angle and the straight edge. 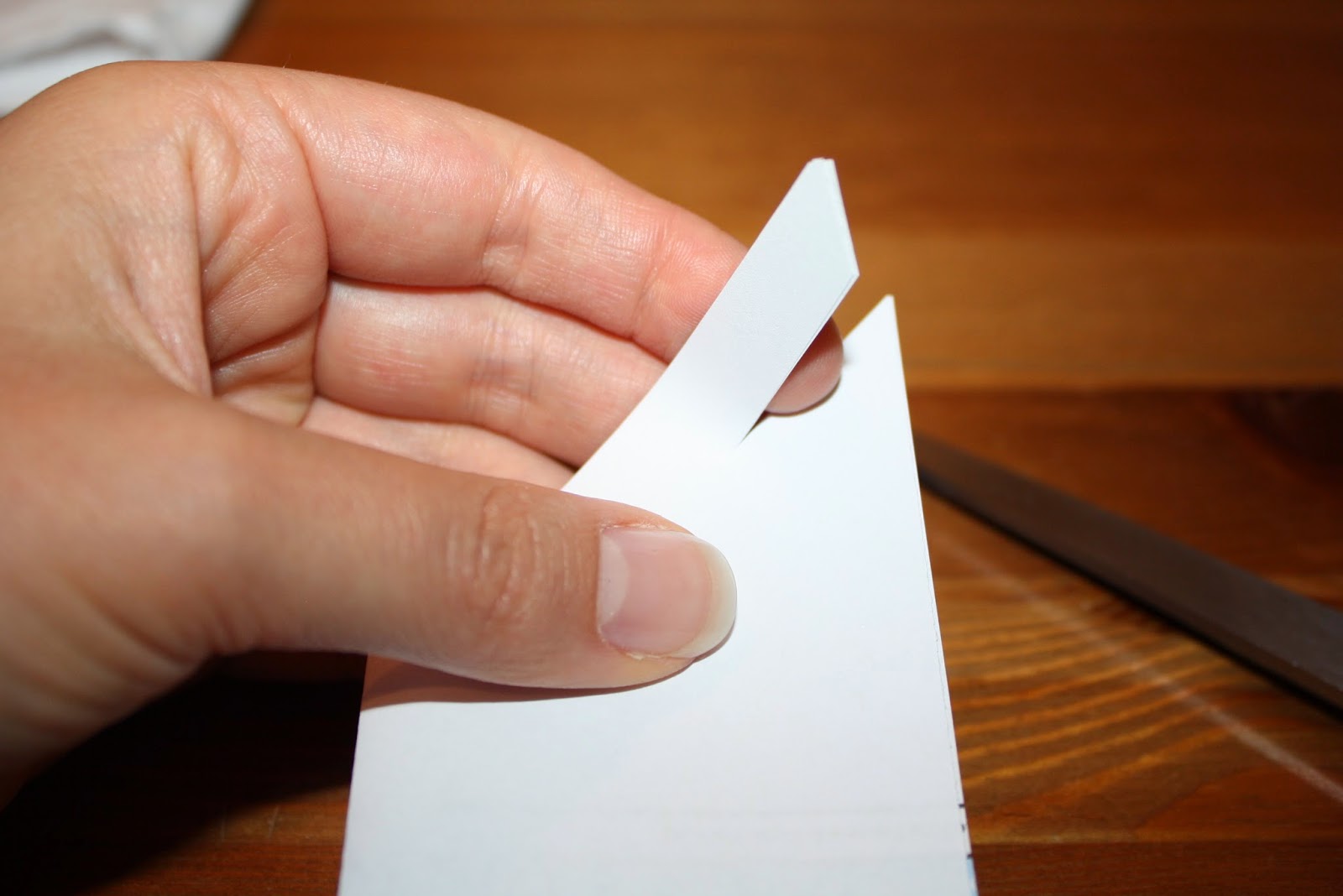 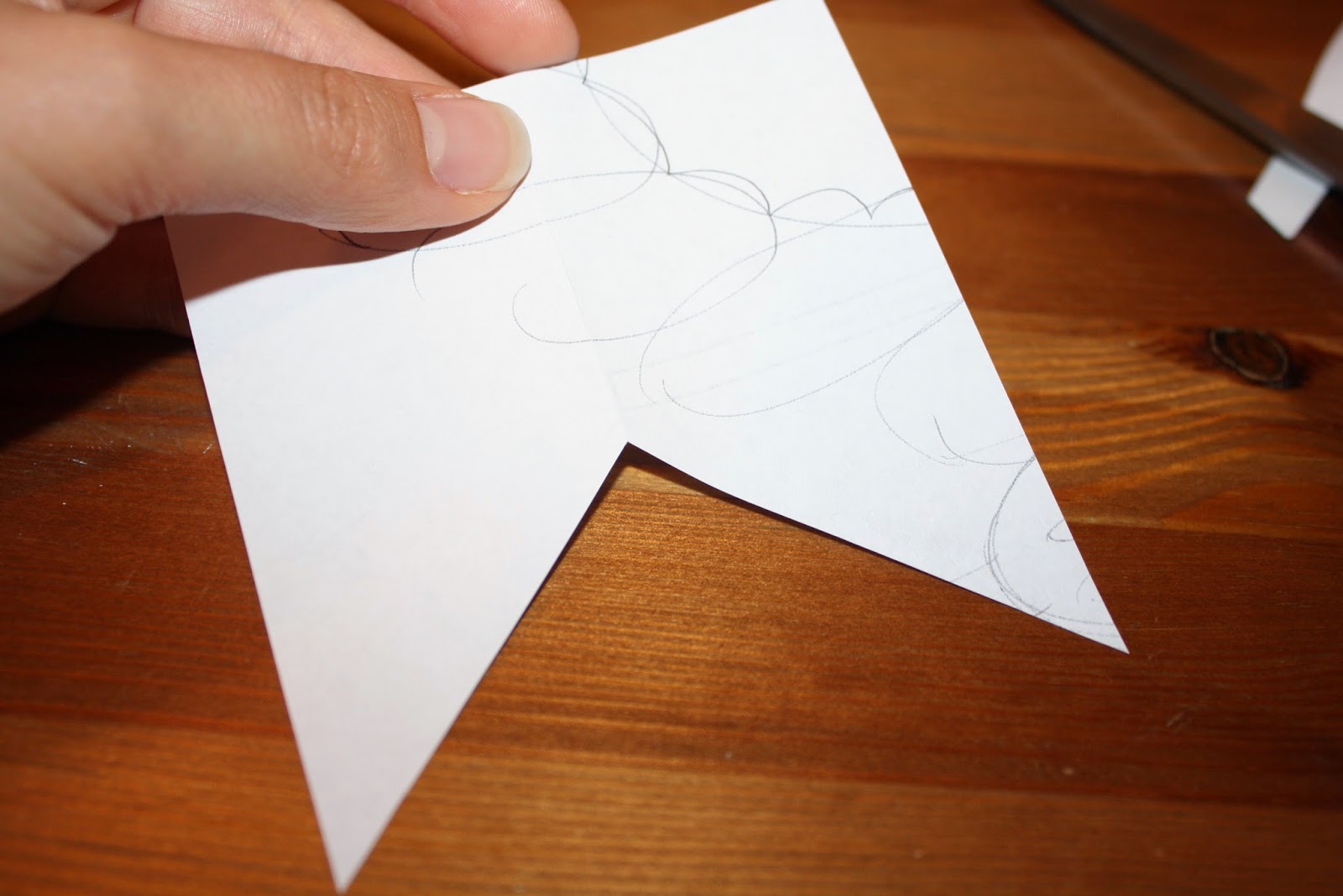 ·      Starting with the felt, cut out the number of ‘flags’ you want for your banner.
{Optional} With the fabric, iron on the ‘heat ‘n bond’ to the back side of the fabric.  Make sure you have enough of the backing to cover fabric to cut out enough of the ‘flags.’
·      Next, cut out the smaller size ‘flags’ with the fabric.
·      If used iron on backing, peel off back and iron onto the felt pieces.
·      Sew the fabric onto the felt.  *Not necessary if iron on backing used, but I did to create a more finished look.
·      Take ribbon and pin the ‘flags’ on ribbon.  I left roughly 2inches between ‘flags.’ 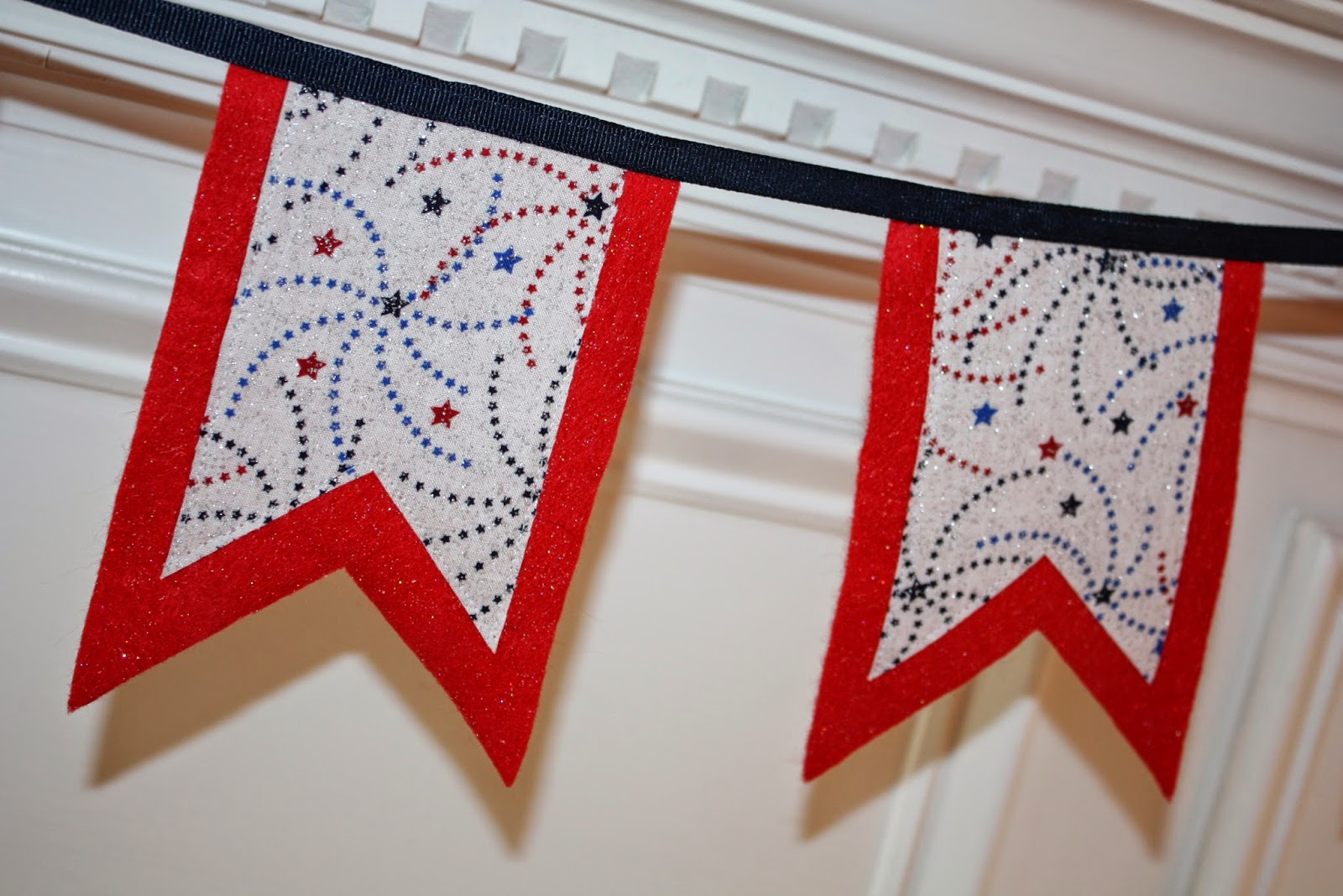 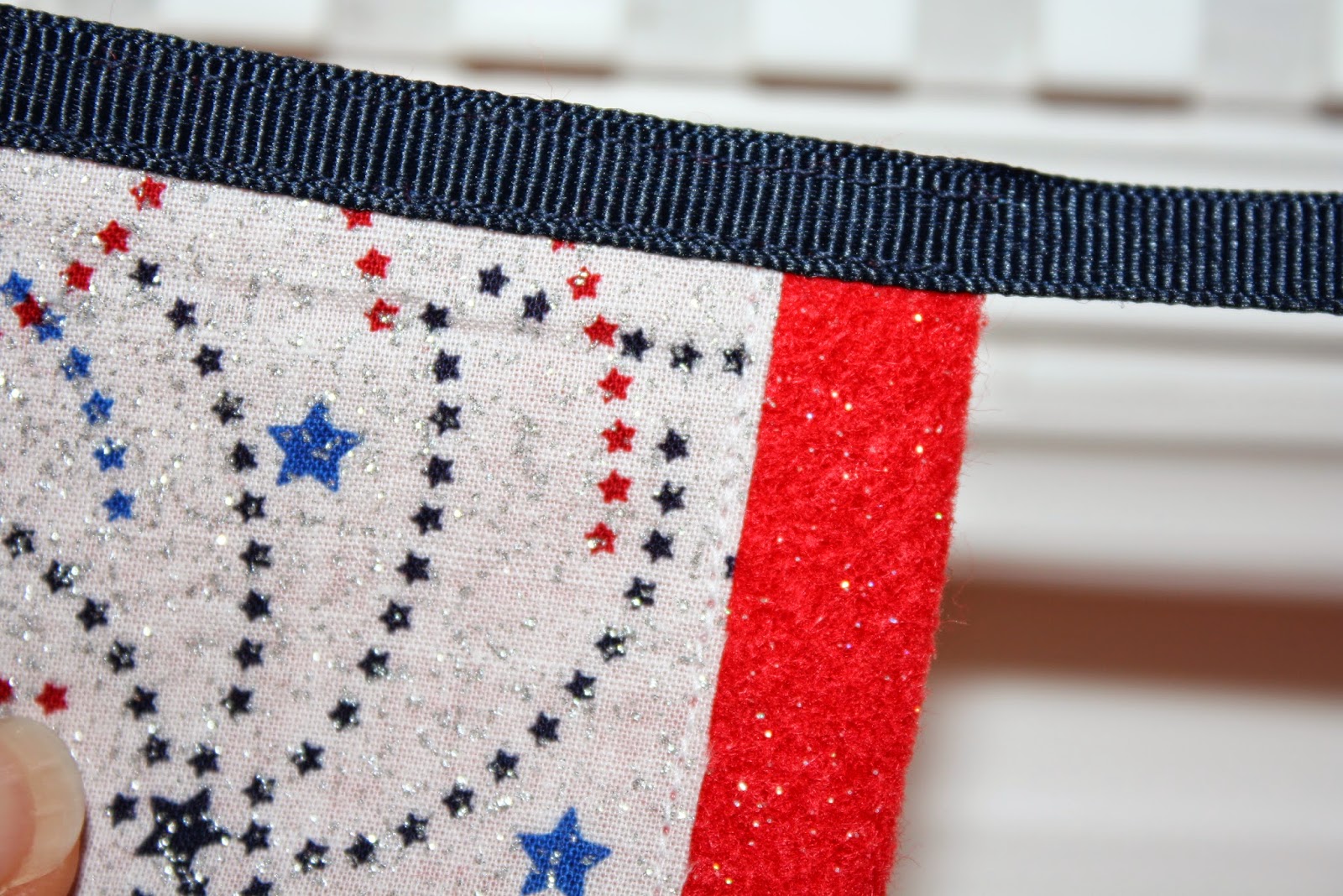 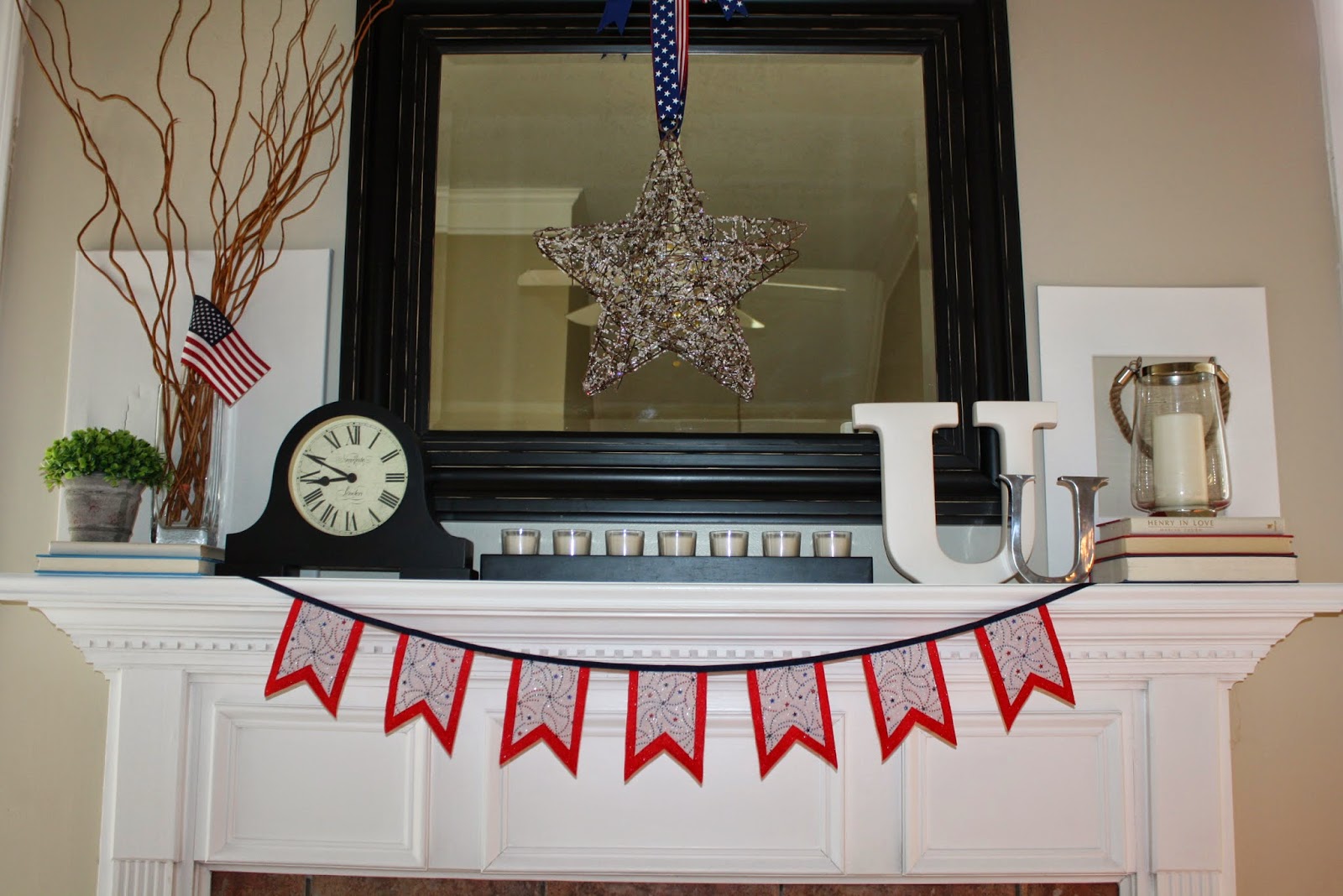 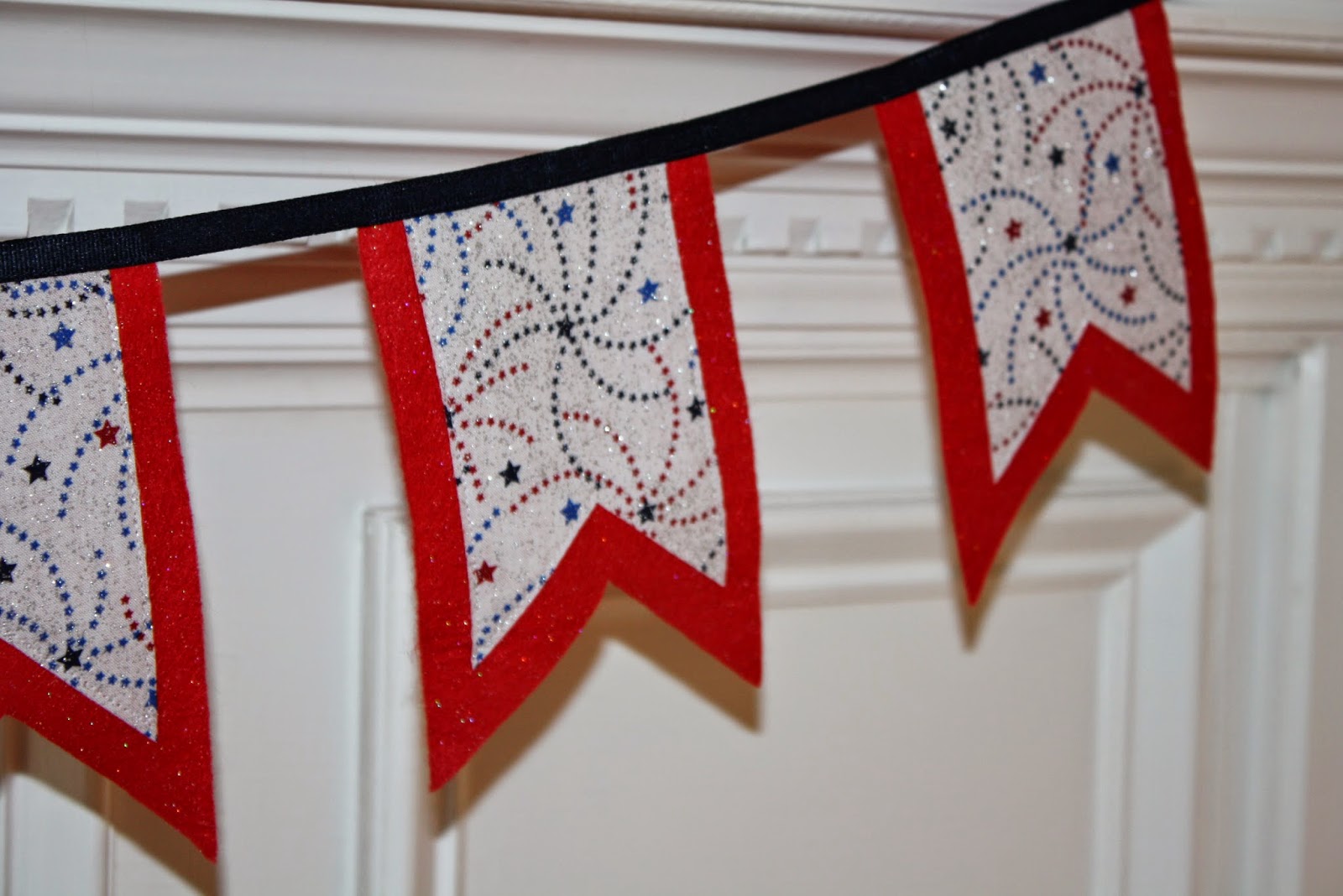 And, celebrate Independence Day with a new
{red, white and blue} banner! 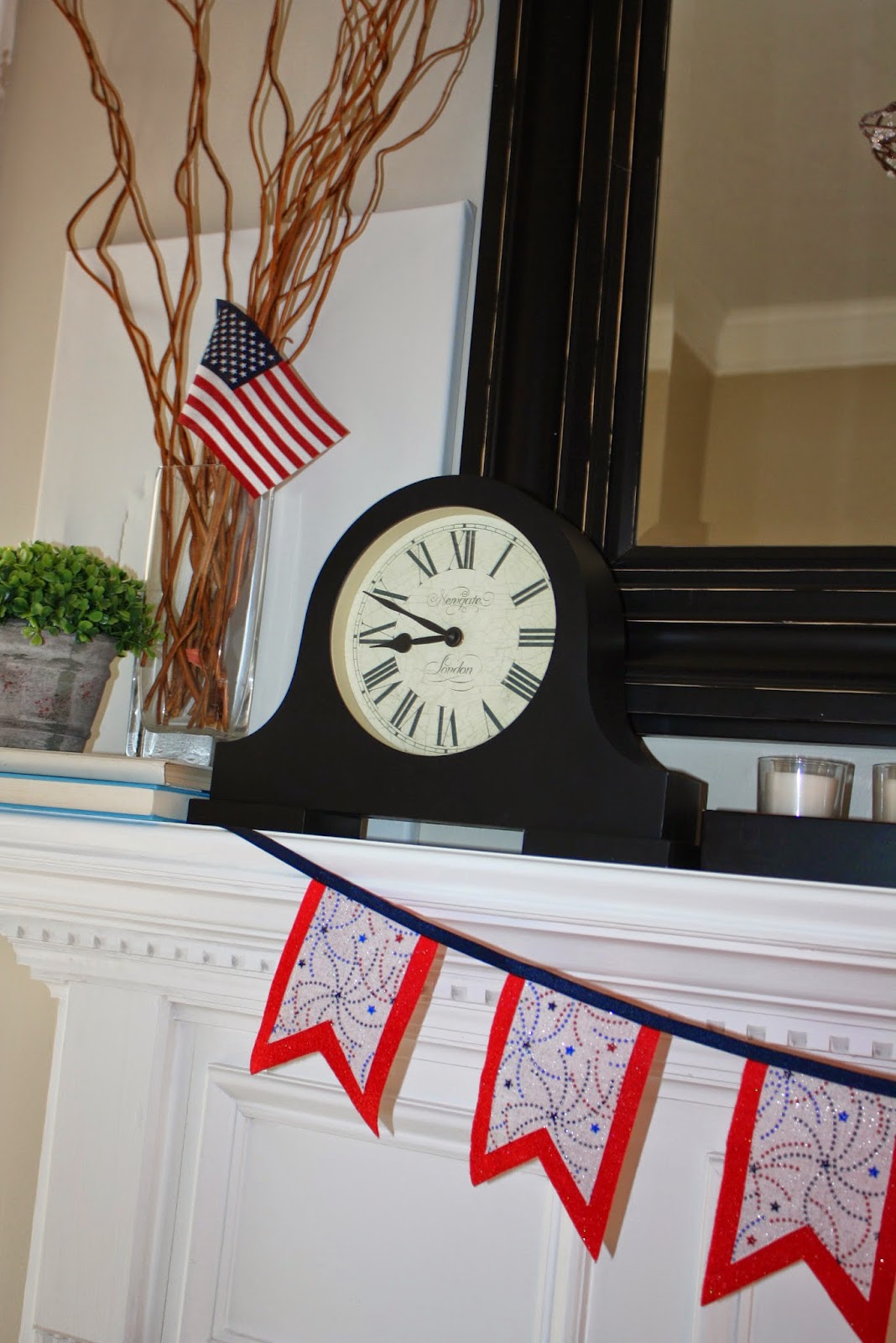 Posted by HankOrange at 5:38 PM No comments: